The Ridge development under construction at the V&A 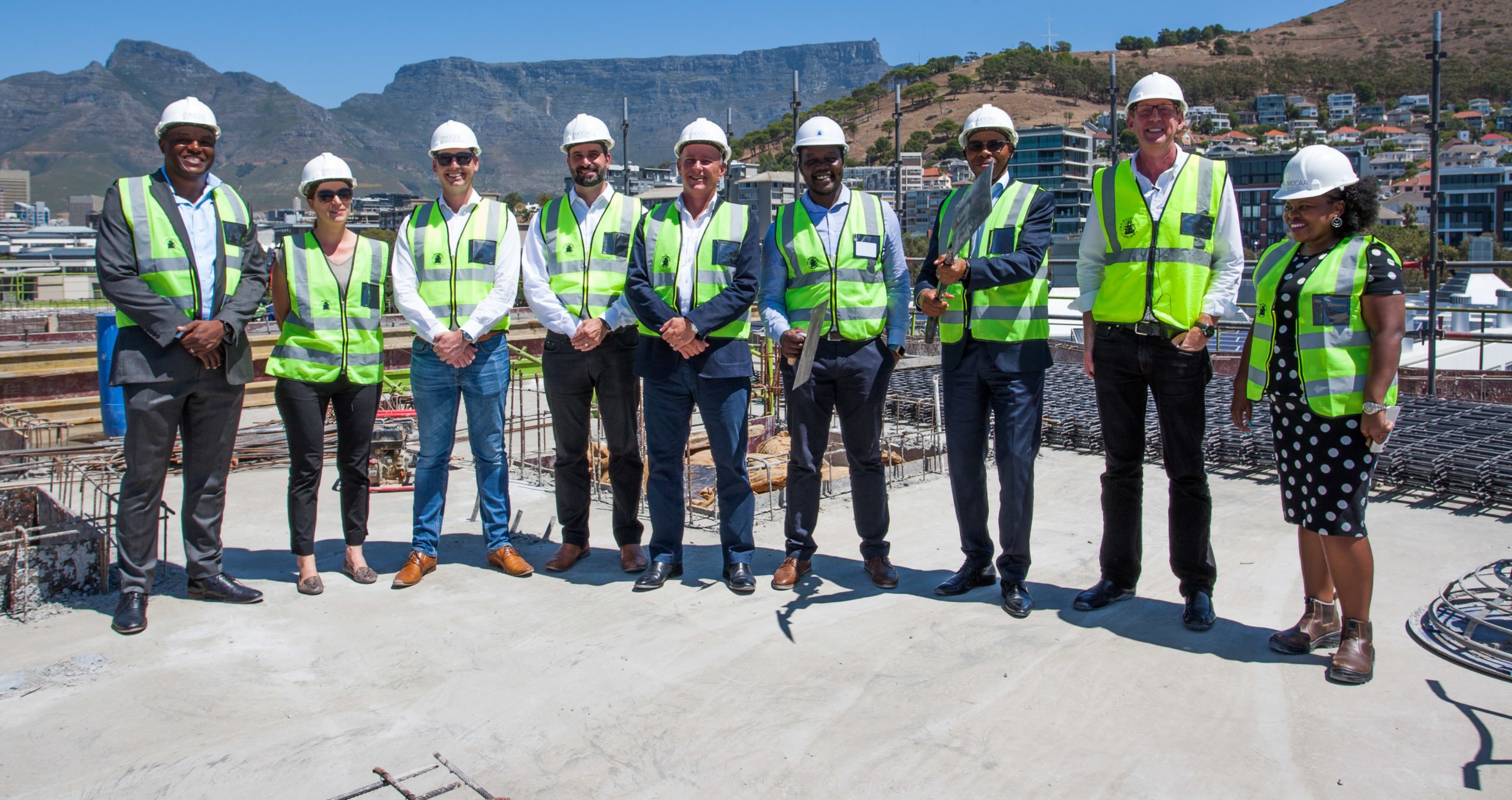 The quotation, meaning ‘Africa always brings something new’, would endure through the ages, bringing us to the South Africa of today.

In the spirit of this philosophy, Cape Town’s V&A Waterfront has announced its newest development project, a commercial building named The Ridge. 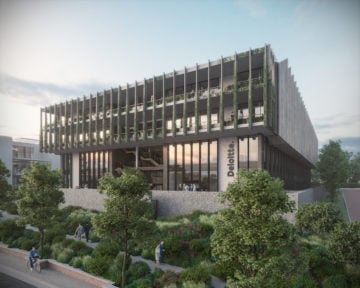 David Green, the CEO of the V&A Waterfront, believes that developers who understand and respond to the needs of building occupants are practicing leadership for the future. “A vital part of the circular economy is the focus on people. This building seeks to create an unparalleled internal environment with the highest level of natural light and fresh air.”

“The Ridge effectively offers an oasis in the city. Inhabitants will enjoy its inspiring views, its inner green spaces, including a groundbreaking ‘central street’ concept naturally ventilated with fresh air, breakaway zones and a reflective environment.

“The Ridge is the opposite of conventional city buildings which are dominated by concrete and glass. Its pioneering timber façade and mixed mode natural ventilation mechanical systems are firsts for South Africa.

“The Ridge represents the confidence that our company and its shareholders have in the future of Cape Town as a destination for business. It also represents our confidence in South Africa itself.

The new 8,500m2 building follows a string of bespoke developments in the iconic 123ha waterfront, which to date holds the honour of being South Africa’s most visited destination. 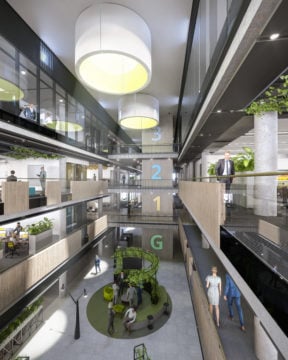 “With a number of acclaimed office developments in the bag, this new project firmly places the V&A Waterfront in the forefront of South Africa’s most prestigious business addresses.”

“The V&A Waterfront’s ethical development approach defines the master planning for the Ridge, focusing on sustainability and care for the people who will use the building. We call this ‘Our Normal’, a vision and approach setting the tone for sustainable green building, guiding our planning and development strategies.

“Developments we have already undertaken along these lines include the Silo District, including a number of Green Building Council of SA (GBCSA) Green Star-rated buildings, as well as the world acclaimed Zeitz MOCAA and The Silo Hotel projects.

“The Ridge should receive a high Green Star rating by the GBCSA, strongly signaling our intent to be a sustainable and client-centric place for leading international and South African corporate tenants. Such clients want a prestigious business address along with the latest in sustainable office accommodation”, says Green.

The Ridge is a custom-designed green building to accommodate the Cape Town offices of international professional services firm, Deloitte.  Construction began early in 2019 and the roof slab was completed in January 2020. The overall completion date and the subsequent handover to Deloitte are scheduled for October 2020. The site was previously a parking lot which serviced the renowned UCT Graduate School of Business Campus, the Breakwater Lodge building and other existing commercial buildings in the vicinity.

As the signature development along Portswood Road, the Ridge will form the apex of a new Waterfront zone, dubbed the Portswood District, a green development forming a natural linkage to the Green Point fringe of the Atlantic Seaboard.  Existing developed buildings there include the Merchant House building and the Breakwater Lodge and campus to the east. The developed site will form the main connection between Dock Road, on the main route to the original parts of the Waterfront, and Portswood Road, which runs just outside the north-western boundary of the property.

“This unique new district of the V&A Waterfront has a commercial property focus, including also a mixed-use element with a strong emphasis on urban mobility. Other upcoming developments there include a new 6 500m2 office building and the upgrade and restoration of the historic villas targeting boutique financial, legal and professional firms ”, adds Green.

On the ground, the Ridge features a number of ‘firsts’ for the green building/sustainability industry, which set new standards for the industry in South Africa. These include energy-efficient and passive climate control measures, the use of renewables, sustainable water handling and usage, the lowering of the carbon footprint of the building and a focus on the use of natural lighting.

Dematerialisation, a concept that has grown in popularity globally as the climate crisis is fully understood, means consciously using fewer materials to than conventional design solutions. Hence, this lowers the environmental footprint of the building on the planet. This is manifested at The Ridge in unique ways, including designing the concrete structure to be as efficient as possible.  The project has sequestered plastic waste collected from a variety of sources and encapsulating this in the building core. Additionally, the usage of timber as the facade of the building is a South African first. Much of the building features a cross-laminated timber (CLT) facade that provides not only a warm and authentic feel to the exterior but significantly reducing the buildings carbon footprint. The façade is designed to facilitate passive climate control inside and hence contributes to a comfortable and natural working environment for building users.

Marius Alberts, the regional leader at the Deloitte office in Cape Town says that the Deloitte journey of sustainability has been behind their move to such a green building on the Southern tip of Africa. “Deloitte already occupies the Edge building in Amsterdam South, one of the highest rated green building in the world as confirmed by the British BREEAM rating standard. The Edge building uses IoT connectivity to optimise its energy efficiency and promote employee mobility and wellness goals. So we incorporated this approach into our new office at the Waterfront Ridge. We are driven by an overall corporate commitment to sustainability, demonstrated by our commitment to the United Nations Sustainable Development Goals into corporate responsibility and sustainability vision”, he adds.

More about The Ridge Development