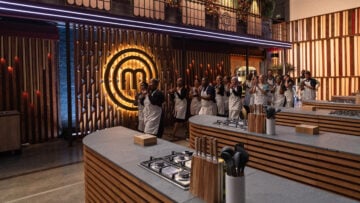 The drama is real – visit Makers Landing to see it, feel it and hear about it first-hand!

For a one-year-old, Makers Landing at the V&A Waterfront has already notched up an impressive number of achievements and now it is adding a new feather to its cap – the location of the fourth season of MNet’s MasterChef SA, which began airing at the end of February.

During November 2021, Makers Landing set aside part of its triple volume events space to become a film set for MasterChef, and all of the action in the show’s 20 episodes takes place against the stunning backdrop of Cape Town’s commercial harbour and the Cape Town Cruise Terminal.  Unlike the previous shows, current fans will not be limited to watching the contest only on television. During the show’s five-week run fans can now interact with judges and contestants every weekend at Makers Landing.

At 11am on Saturdays, from 5 March until 26 March, visitors to Makers Landing can meet the judges in person as they watch them whip up their favourite culinary masterpiece in public food demos. The following day, Sunday, visitors can meet those contestants who were eliminated from the previous week’s episode. They can hear more about each contestant’s personal food journey and can get insider hints and tips that they have gleaned from being in the MasterChef kitchen. 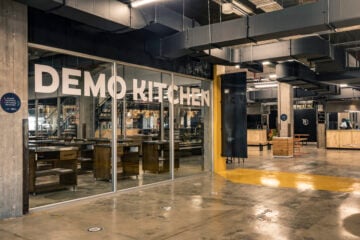 Alex Kabalin, the V&A Waterfront’s Executive for Retail says, “Makers Landing was the ideal location for the world’s premier food show. We have plentiful space, we have breathtakingly beautiful vistas and, most importantly, Makers Landing epitomises the show’s food philosophy. Internationally, the MasterChef format is based on transforming home chefs with a food dream into master chefs, which is precisely what Makers Landing aims to achieve.”

Kabalin explained that the concept for the R63-million investment in Makers Landing was always to incubate and grow sustainable food businesses. Like MasterChef SA, Makers Landing is also proudly South African with a strong emphasis on local produce, local food flavours and local cultures.

“From the outset we wanted to dismantle industry barriers to entry for small food businesses by offering an attractive environment equipped with state-of-the art kitchen facilities that can be rented at an affordable price.  All you need to grow your food business at Makers Landing is a dream, and the desire to share your craft, skills and passion for food with like-minded people. 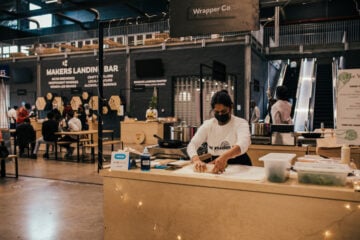 “Similar to the MasterChef franchise environment, entrants in our Kitchen Incubator Program receive mentoring from experts in the food industry over a six-month curriculum. We have already seen 16 individuals graduate from the programme in 2021. Their food businesses have all achieved accelerated growth in sales with several performing well enough to secure external supply contracts and even commit to dedicated food retail spaces.”

Mmabatho Molefe, from the Zulu-inspired Emazulwini Restaurant at Makers Landing, was a guest judge on the show. Talking about her experience she says, “Makers Landing and this year’s MasterChef SA strive to be unapologetically South African, and I’m honestly honoured to be part of it”.

Charmaine Govender-Koen from Charm’s Kitchen made it to the top 20 short list of entrants in the contest. A few years ago, Charmaine was inspired to go back to her roots. She wanted to introduce her Afrikaans husband to the rich Durban Indian culinary experience she grew up in. When the Makers Landing Food Incubator programme started, she was one of the first entrants, graduating in May 2021: 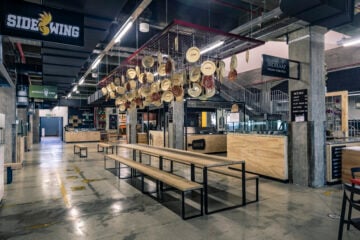 “My food journey started two years ago when I entered the Makers Landing incubator programme and since then it’s been a wild but fun ride. There were challenges but I learnt so much along the way. If someone had told me two years ago that I would be in a reality TV cooking show I would never have believed it, and when I was selected for even the top 40 I was gobsmacked.

“But being in the Makers Landing incubator programme gave me a confidence I didn’t have before so when the opportunity came to enter MasterChef SA I thought, why not? Let’s do it. I cooked well, but what the competition taught me was to cook more creatively. Post the contest I am focusing on growing my business. Indian food is still my speciality but I concentrate a lot more on local products and how I can introduce new ingredients to traditional dishes.”