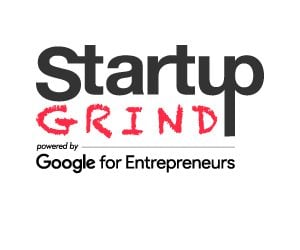 In June we celebrate diversity and especially female entrepreneurship globally. We invited Marta Krupinska, Head of Google for Startups UK to talk to two female founders: Charlotte Guzzo, co-founder and COO of Sano Genetics and Shardi Nahavandi co-founder and CEO of Pexxi. We can expect an interesting insightful conversation.

We will also hear from Gary Stewart, founder of The Nest (ex-Wayra), who will share his thoughts on diversity.

For the keynote talk we will welcome Anne Wojcicki is the Co-Founder and CEO of 23andMe, a pioneering direct-to-consumer DNA testing firm based in Silicon Valley. 23andMe provides genetic testing for individuals curious about their ancestry and genetic make-up, and is a platform for researchers looking for study participants. It has one of the world’s largest databases of individual genetic information.

23andMe provides over 150 personalised genetic and ancestry reports that make it easier for their users to take action on their health. It seems to work: 76% reported making healthier choices, 55% reported eating a healthier diet, 45% reported increasing exercise.

A former Wall Street analyst, Anne brings over 10-year experience in healthcare investing, focusing on biotechnology companies. Disillusioned by the culture of Wall Street and its attitude towards health care, she left the investing world with the hope that she could have a positive impact on research and medicine through 23andMe.

Anne teamed up with cofounders Linda Avey and Paul Cusenza to start DNA testing company 23andMe in 2006. 23andMe got a $300 million investment from GSK, formerly GlaxoSmithKline, in July 2018; they are partnering on drug development.

23andMe’s personal genome test kit was named ‘Invention of the Year’ by Time magazine in 2008.

23andMe is also doing its own drug discovery and is valued at over $2 billion.

This global virtual fireside chat with Anne Wojcicki will be moderated by Thorold Barker. Thorold is Editor, Europe, Middle East and Africa, for The Wall Street Journal and Dow Jones Newswires overseeing the combined editorial resources of the newspaper and newswire. Mr. Barker joined the Journal in 2008 when he relaunched Heard on the Street as a global commentary and analysis product, covering business, finance and macro-economics. Before joining the Journal he worked at the Financial Times in London and New York, having begun his career at Bain & Company, a global business and strategy consulting firm.

During the month of June we celebrate Female Entrepreneurship all around the world. We hope you will join us.