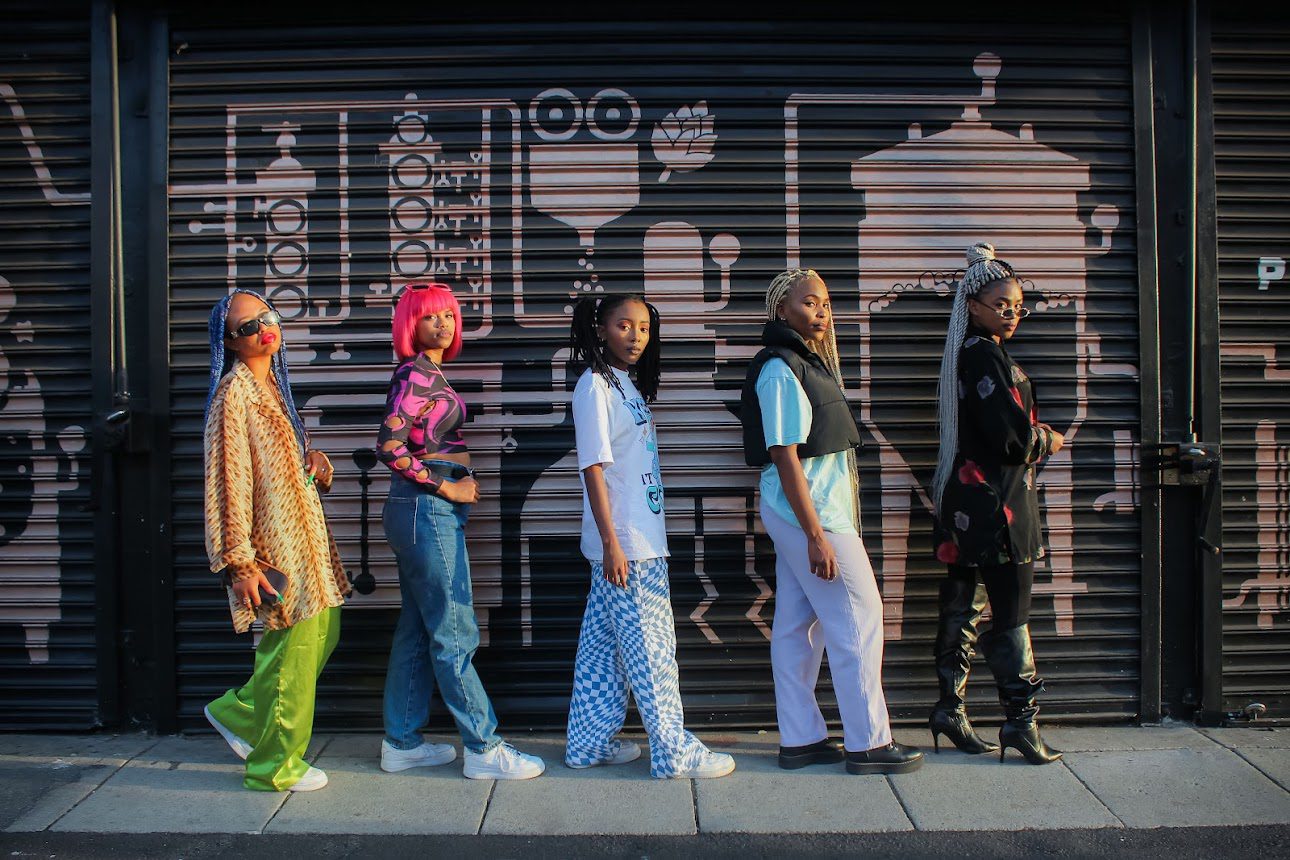 Meet 4IAM, 4IAM isn’t just one of the most exciting and unique T-Pop acts coming out of Africa in a long time. It’s also a movement, consisting of five girls that are leading the way for future generations with a clear message: You can achieve your dreams no matter where you come from.4IAM was developed by Hitchat Entertainment in 2021, the entertainment company from Africa focusing on finding, developing and launching talents from townships and disadvantaged communities in Africa by using their unique T-Pop model. T-pop is in essence top end acts that sing, rap & dance to songs that are a mix between international pop productions, African beats, and ,African lyrics. The acts perform synchronized, well-choreographed dances to songs that are upbeat ,and consist of various genres including traditional choreography and local languages.

The name 4IAM is an acronym and stands for 4th Industrial Age Music representing the new genre T-pop at a time of new technological revolution. 4IAM and T-Pop is the future, music that you can listen to for generations to come. The powerful members are Doli, PHX, Annie, Grace & Giselle. A collective of five girls from townships all across South Africa with a story to tell. 4IAM is about embracing your upbringing and showing the world you can accomplish anything you set your mind to. With big goals, hard work and a strong message of women empowerment and owning your story, 4IAM encompasses that anything and everything is possible. 2022 has already been an exciting year with 5 new singles and 4 new music videos already being released. 4IAM is currently premiering and being playlisted on MTV, Channel O, Cape Town TV, Hectic Nine-9, Kfm, Mfm and Good Hope FM, SABC 3 Expresso Morning Show and SABC 2 Hectic Nine-9.

The Minion Are Coming To Meet You