African Penguin Awareness Day is celebrated worldwide each year with the aim of raising awareness around the plight of African penguins and their rapid decline in numbers. African penguins are the only penguin species found on the African continent. In the last century, their numbers have declined dramatically and current estimates suggest that there are only between 60 000 and 70 000 individual birds left in the wild – this, when their population numbers were in the millions at the turn of the 20th century. With less than 20 000 breeding pairs currently left, scientists estimate that if their numbers continue to decline at the current rate, these charismatic and endemic birds will be functionally extinct in the wild within 15 to 20 years. 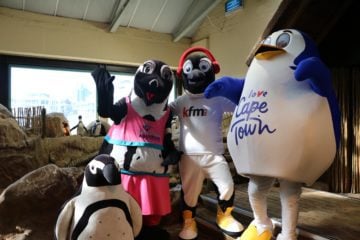 One of the biggest threats that these birds face is food availability. Being reliant on small fish like anchovies and sardines for food, African penguins are finding it more and more difficult to find sufficient food for themselves and their chicks. The low fish stocks are due to overfishing as well as changes in the marine ecosystem caused by climate change, and biodiversity loss. Adult penguins have to swim further and further away from their nesting grounds to find food, which not only compromises the chicks on the nests, but also the adult birds themselves.

African penguins nest by burrowing into the substrate. On islands where these penguins have their nests, guano layers, formed over hundreds and hundreds of years, are the basis of the substrate. Historically, penguin guano was used as fertiliser and was collected from these islands. The fact that the penguins’ nesting areas have been stripped of nesting material has resulted in the birds being exposed to extreme weather events and other climate change-related phenomena like severe heat and cold. Predation by marine and terrestrial animals, pollution, habitat loss, disease and other human interventions are also contributing to the continued decline in penguin numbers. 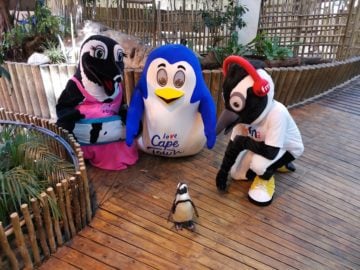 “African penguins do not only act as marine ambassadors and indicator species, but they are also amazing to work with. These birds show tremendous character of life and love. They are an endangered species that is calling out for our help which we can give through education, conservation and awareness. Waddle we do to help them?”, said Shanet Rutgers, Penguin Keeper at the Two Oceans Aquarium.

What you can do to help African penguins: