An update on our water environment. 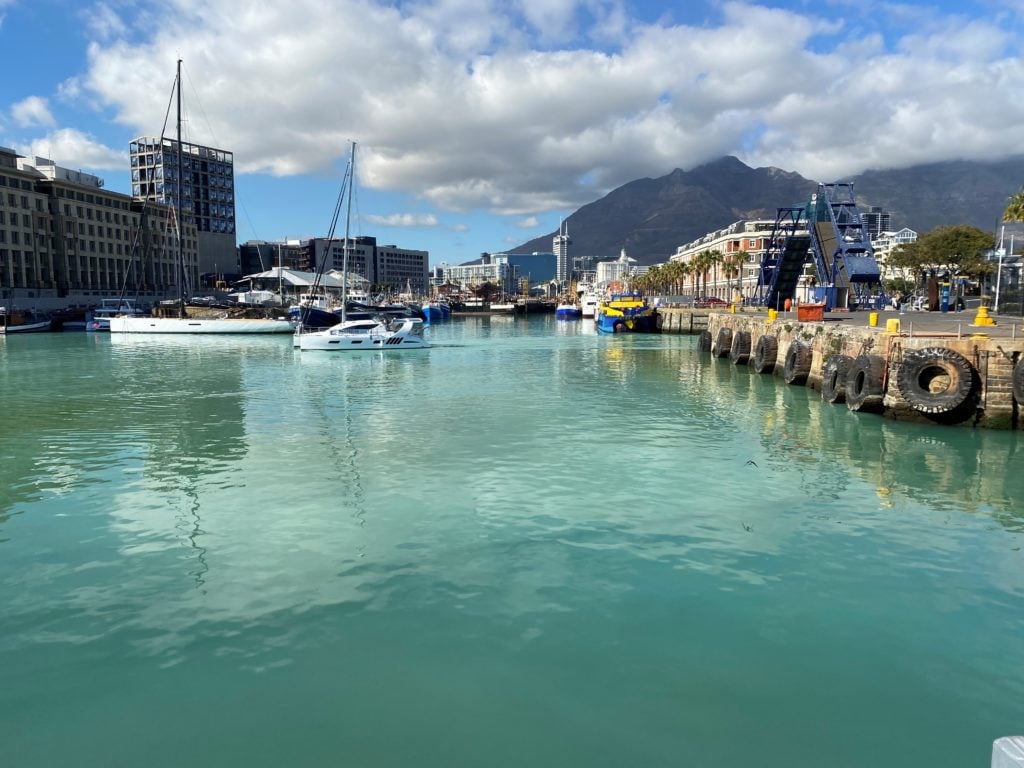 Some of you might have smelled something unusual when visiting our neighbourhood over the past few weeks. You may have even seen our waters transformed into an interesting light-green colour. Together with the Two Oceans Aquarium, we are working hard to support our eco-system and bring it back into balance.

Here is the background story:

WHAT CAUSED THIS? A huge number of maasbanker/horse mackerel, found dead in our marine and harbour basins, were one part of the cause for the smell and colour change. It is suspected – but we cannot know for sure – that these fish were chased into the basin by whales that were spotted behind the shoal.

WHAT ELSE HAPPENED? The event coincided with an algal bloom, unusually low wind conditions and a neap tide.

WHAT IS AN ALGAL BLOOM? When there is too much algae in an area, it consumes too much oxygen, which actually leads to some of it dying because it cannot get enough oxygen. Because algae is important for the ocean, and produces oxygen for other sea creatures, when it dies and oxygen levels decrease, fish are no longer able to breathe, so they start dying.

HOW DOES THE SMELL OCCUR? When the dead fish start to decompose, they remove even more oxygen from the water. Good bacteria is replaced by another bacteria that survives in very low-oxygen environments and this starts a process that releases hydrogen sulphide. That’s the unpleasant odour you smell. It also changes the colour of the water.

WHAT ACTION IS BEING TAKEN? We are restoring oxygen levels to the basin through an aeration process that will increase water movement and oxygen content. It is an environmentally friendly technique, closely monitored by marine biologists, that will provide a rejuvenated environment in which natural systems can flourish.