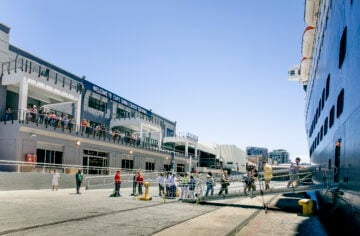 Cruise Cape Town is gearing up for one of its biggest seasons to date, with millions expected to be injected into the Western Cape economy. Ships 108 to 295 meters in length, carrying between 100 and 2 500 passengers are booked for the upcoming season into the Port of Cape Town.

After successful lobbying to restart the cruise season, the South African cruise industry was opened on 1 October 2021, with 32 confirmed ship visits for Cape Town for the 2021/22 season. However, due to global COVID-19 travel restrictions in November, the season received cancellations from world cruises, leaving it with 16 ship visits made up of 12 cruise ships.

After two years of rolling pauses, Cruise Cape Town is delighted that a total of 104 ship visits, made up of 26 cruise ships carrying more than 195 000 visitors, will be expected to dock at the Port of Cape Town Cruise Terminal over the upcoming 2022/23 season, which kicks off in October. With almost R100 million in total estimated passenger spend per port visit – an estimated R20 million for international passengers and R45 million for domestic passengers – Cruise Cape Town is also expecting a number of jobs to be created in both downstream and upstream industries. 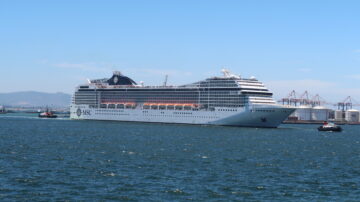 Wesgro CEO and official spokesperson for the Cruise Cape Town Initiative, Wrenelle Stander, said: “it’s an exciting time for the tourism sector in the province, as a number of recent indicators show pent-up travel demand finally being unleashed in a surge of bookings. Cruise ships are a crucial part of the Western Cape tourism sector, injecting millions into the economy each year, and boosting investment into Cape Town and the Western Cape. Importantly, the health and safety of all our visitors remains our utmost priority, and we’ll continue to work closely with our key partners and health authorities to evaluate, update and adhere to prevailing COVID-19 measures”.

“The importance of the Cape Town cruise stopover to the tourism sector and marketing of the destination cannot be underestimated. The resumption of cruise this year, while largely local is a positive direction to a full recovery with real prospects of us returning to our pre covid growth with international travellers later this year. We have successfully integrated the Cruise Terminal into our service amenities such hotels, attractions, and retail offerings and we are eagerly looking forward to showcasing the best the waterfront has to offer”, added David Green, CEO of the V&A Waterfront. 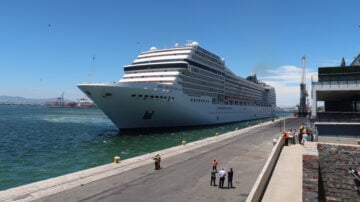 Mayoral Committee Member for Economic Growth at the City of Cape Town Alderman James Vos, said: “Building Cape Town’s profile in the cruise market was a key focus of our Tourism Development Framework adopted by Council in 2019 because the economic benefits of this area of travel are significant yet still somewhat untapped locally. These economic benefits arise from a number of sources, such as the spending power by passengers and crew, shore-side staffing for tour operations, spending for goods and services necessary for cruise operations, and spending for port services and maintenance. This is why the City has its pooled resources with sector stakeholders.”

Mireille Wenger, Minister of Finance and Economic Opportunities for the Western Cape concluded by indicating, “I am very pleased to see the green shoots of recovery in cruise tourism because it is such an important part of the Western Cape’s tourism eco-system. Cruise ships, their staff and their guests contribute significantly to our provincial economy and sustain jobs across the entire tourism value-chain. Which is why I am committed to working closely with Wesgro to ensure that we attract even more cruise ships to Cape Town, to grow our economy and create many more jobs in the Western Cape”.