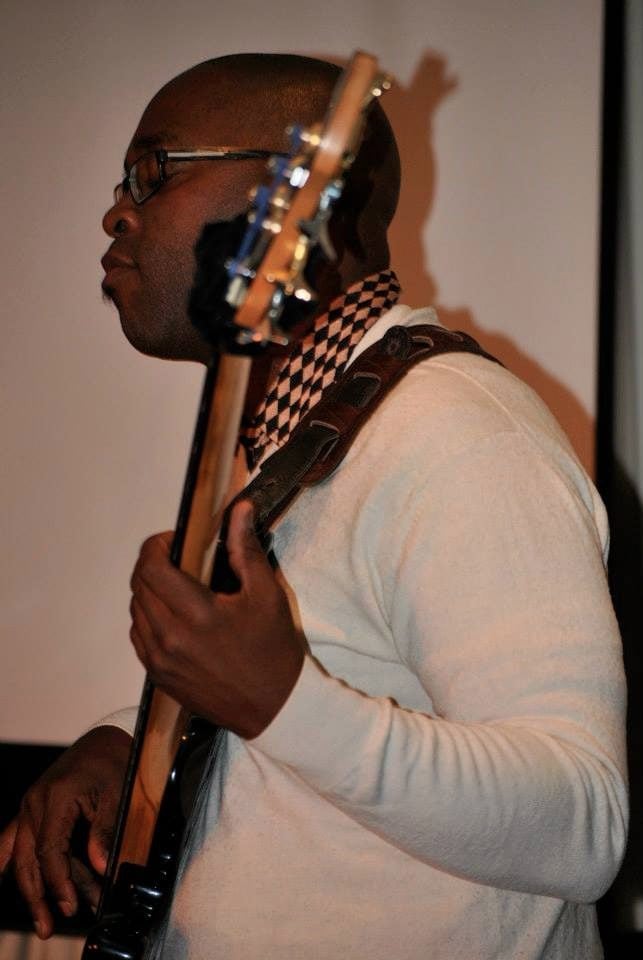 Bassist Peter Ndlala was born in Rondebosch in 1973 and later moved to Wynberg.He now stays in the

location called Langa and is one of the most beautiful out skirts in Cape Town.He has a unique style and sound that is so powerful and sensitive.He leads you on a musical journey that is characterised by passion.He phrases his solo’s into melodies that force’s you to sing along through out the night.He studied a two year course at M.A.P.P (Music Action for People’s Progress.

He then started playing with the M.A.P.P jazz ensemble and went to the Guinness Jazz festival in 1992.He was later discovered by the most popular jazz legend of South Africa by the name of Winston Mankunku Ngozi.He then continued playing until he had to find himself musically. He is now one of the greatest composers in our generation.

Kunle Oudetao ”Beyond the borders”

Mimi Ntenjwa ”Escence of my soul”