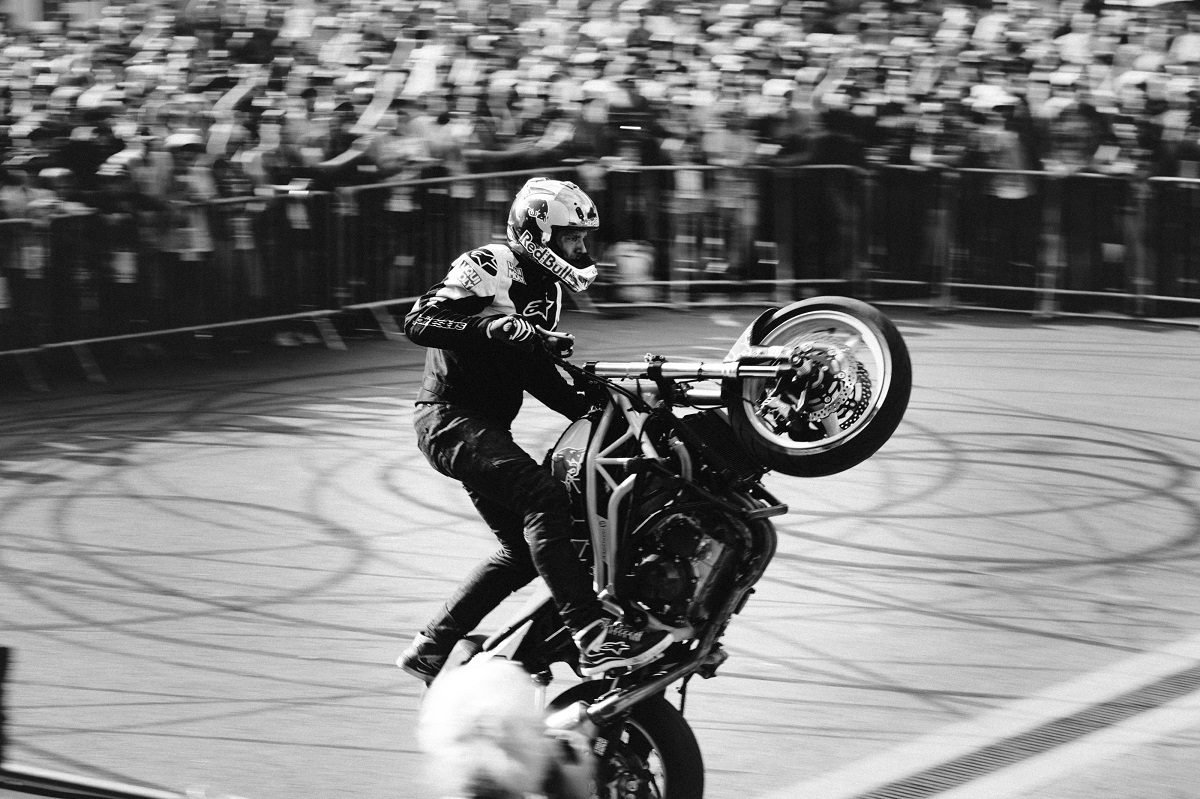 Arūnas Gibieža is full of determination, courage and persistence. From the moment he first laid eyes on a bike, he knew it was his life’s calling.

Arūnas ‘Aras’ Gibieža never gives up, no matter the conditions. He constantly moves forward and never looks back. From an early age, he was fascinated by extreme sports; he couldn’t pass by a two-wheeled vehicle without testing it out!

He discovered his passion for motorbikes at the age of 10 when his grandfather bought him his first scooter, a Suzuki RG50. He soon realised that speed and extremeness were his calling.

After several weeks Aras was already riding on the rear wheel, dragging his feet on the ground to feel the balance of the bike. Those were his first steps to becoming a stunt rider… When he was 16 years old, he bought his first superbike, a Yamaha R6, and started performing in competitions.

He performed well in racing championships across Europe and the Baltic States, and his wins started getting him noticed back home. But racing just wasn’t ticking all the boxes for Aras, and after some time racing, he reverted back to his childhood passion of stuntriding.

After buying his second bike, a Suzuki GSX600R, Aras decided to prepare both the bike and himself for stunt riding… Today, with a bunch of titles accolades to his name, Arūnas Gibieža is one of the world’s best-known stunt riders!