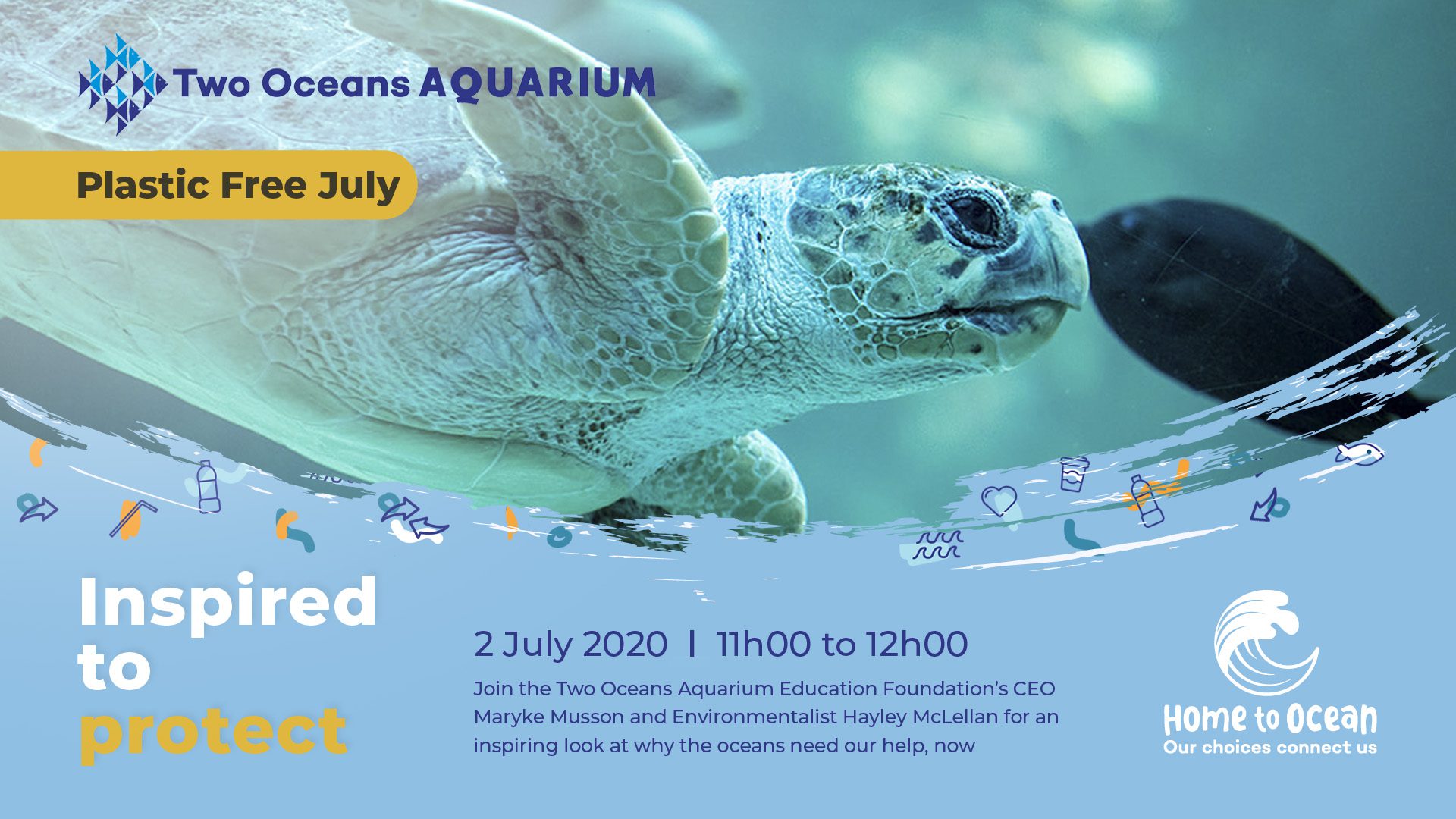 Join conservationists Talitha Noble and Brett Glasby from the Two Oceans Aquarium Education Foundation, and aquarist Ayrton King from the Two Oceans Aquarium, as they tell us about their first-hand experiences working with animals that have been affected by plastic pollution. These include tiny turtle hatchlings which have ingested plastic, larger turtles such as the green sea turtle, Alvi, which had swallowed a plastic bag, seals with plastic nooses around their necks, and seabirds with plastic round their legs.
While the work can sometimes be heart-wrenching, Talitha, Brett and Ayrton are more driven than ever before to make a difference in the lives of animals and to inspire people to take action by sharing what they have learned from the animals they work with.

Plastic Free July is a global campaign to encourage individuals around the world to be part of the solution and to beat plastic pollution in the environment. Estimates are that by 2050, there will be more plastic in the ocean, by weight, than fish. From the tiniest organism to the largest ocean behemoths, plastic poses a threat to all organisms in the ocean. Over a million seabirds are killed each year due to plastic pollution and with over 51 trillion pieces of microplastics in the sea, microscopic plankton are feeding on plastic which causes the plastic to enter the food chain… Our food chain.
At the Two Oceans Aquarium, we experience the destruction caused by plastic pollution first-hand, and we want you to help us to be part of the solution. The Two Oceans Aquarium Education Foundation is the registered non-profit and public benefit partner of the Two Oceans Aquarium and focuses on four main focus areas: ocean conservation, awareness, research and education.